n this essay we explain the mathematical concept of exponential behavior and logarithms and apply them to a few properties of water.  Let’s take a common and important property of water (see the Harebrain topic Water). The vapor pressure of water increases as the temperature of the water rises (Table 1). As the temperature increases the water molecules gain kinetic energy and more and more molecules have sufficient energy to break away from the collective interactions of bulk liquid water. At the normal boiling point, 100 °C and 760 mm Hg pressure, many molecules have enough energy to break away and form gaseous water bubbles within the liquid—at that point the water begins to boil.

If we plot the vapor pressure against the temperature we obtain what you see in Figure 1. 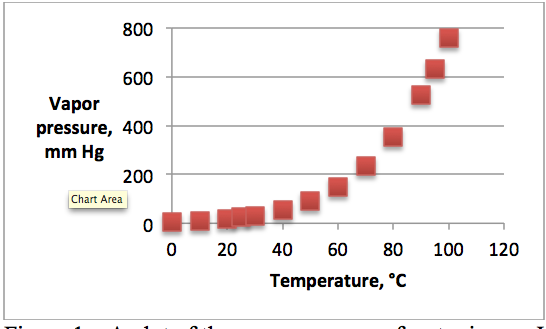 Figure 1.   A plot of the vapor pressure of water in mm Hg vs the temperature of the water in °C.

This is not a straight-line, or linear, relationship.  If you look at a small range, say, from 20-50 °C, it appears to be approximately linear as shown in Figure 2, where a straight line is drawn through four points.  But even in this small range it is clear that there is curvature in the plot (notice that the two middle points lie below the line and the outer two lie above the line). 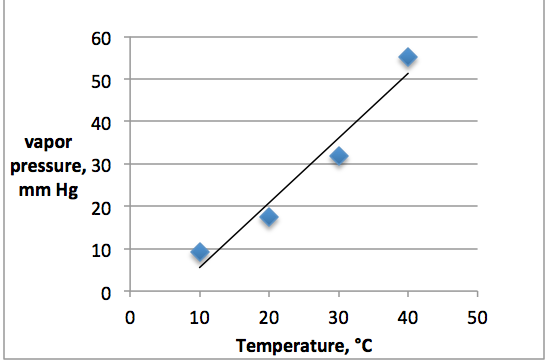 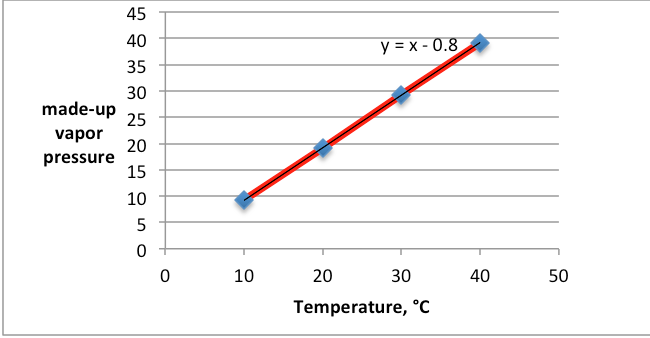 Figure 3.  A plot of some artificial numbers for the vapor pressure of water vs temperature.

The real vapor pressures do not vary linearly with temperature; they vary exponentially with temperature.  So let’s see what Excel will give us if we insist that the trendline is an exponential one (Figure 4).  Figure 4 contains both our previous linear fit to these four points, as well as an exponential fit.  The exponential curve goes through each of the four points, whereas the linear fit provides a much less satisfactory description of the points.  The equation obtained for the exponential curve is y = 5.17e 0.0598x.   This equation contains e, the base of natural logarithms with an approximate value of 2.718.  The equation could also be written using base 10:  y = 5.17(100.0598x/2.303), where 2.303 is an approximate conversion factor to convert from base 10 to base e.  The real power (pun intended) of this equation lies in the fact that x is part of the exponent.  Let’s see what happens to y when we use a value for x of 10, 20, and 30 in the exponent. 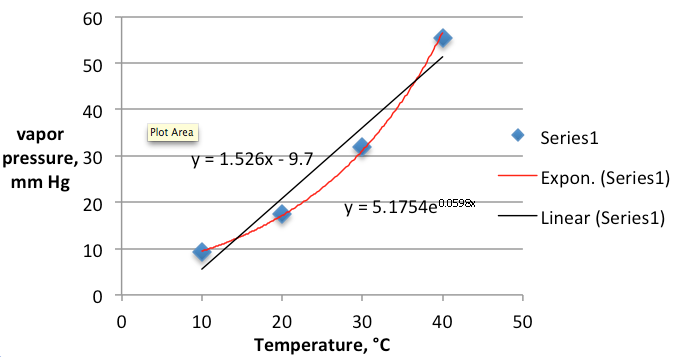 Figure 4.  The vapor pressure of water at four temperatures with an exponential fit.

Because these exponential equations and very large or very small numbers like Avogadro’s number (6.023 x 1023) are a bit unwieldy it is often convenient to use logarithms.  Logarithms can be used with any base number, but those for base e and base 10 are most frequently used.  For base e the logarithm is designated ln, and for base 10 the designation is log (though many writers use log for both bases).  We will use mainly base 10.

Likewise, the log of 500 is 2.70.  When the log has numbers to the right of the decimal point, this part of the logarithm is called the mantissa.  In fact we could write the log of 500 as

Logarithms and powers of 10 are used frequently in chemistry. Logs have a reputation of being difficult to use but they are much easier to understand since modern scientific calculators have log10x and 10x functions. Logs are used in measurements with exponential behavior and to compress large and small numbers to a more manageable form. Because logs are based on powers they are dimensionless numbers; that is, they have no units.

Addition is a simpler operation than multiplication and for many years tables of logarithms were used for accurate multiplication by adding the logs of the numbers. Also slide rules (the precursor of digital calculators) had log scales, which allowed rapid addition (multiplication) or subtraction (division) of the logs of numbers to obtain answers to three significant figures.

The dissociation of water into hydrogen and hydroxide ions makes good use of logs. The pH of an acid or basic solution is measured with a volt meter. In order to keep the scale positive and readable the pH was defined as –log [H+] in which the square brackets mean molar concentration. The p in pH stands for power; that is, 10-pH and the powers are usually negative which makes 10-pHa positive power.

For the auto dissociation equilibrium of water

The dissociation constant at room temperature is Kw = 10-14 and is written as:

Taking the negative log of both sides of this equation gives:

which is very useful in working acid-base equilibrium problems.